LadyBugShortFilmMarathon and Bio Roy celebrates our 10 years anniversary at Kulturnatta- Culture Night with a free entrance short film program.
Awarded Shorts in all genres, Drama, Comedy, Animation & Minute Films from Sweden, Spain, Norway, Venezuela, England, USA and more. Before the films start, we meet some of the awarded directors.
You can also win cinema tickets by choosing your favourite short for the evening. All 22 films have English subtitle / FREE ENTRANCE
Welcome to Bio Roy at Gothenburg Culture Night, the night when all of the city is buzzing!!

2.The Quest Sometimes you have to look more carefully for what you are searching for. Made at Prague Film School -CZECH REPUBLIC by Anna Fabricius (SWE) and Zury Cutler (USA) as one of their film projects.

3.LA DULCE MEMORIA/the SWEET MEMORY Desperate and anxious, a man looks for a relative who is lost in her more sweet memories.
The film was SILVER awarded at WorldMovieMinuteCup at UNICA, a non commercial short film festival connected to UNESCO. The festival is every year situated in different European countries. UNICA 2019 was in the Netherlands

4. Vadå 112? / 911? Be prepared to handle things on your own when the public sector is under attack! BRONZE award in the Swedish Minute Cup at the Swedish Shortfilmfestival 2019 a national film festival for non commercial films focusing on diversity, equality and a broad representation.

5. Andra Chansen/Second Chance A major environmental disaster has made the earth uninhabitable and children are looking for a new home on another planet. The film made by the young siblings Filip & Emilia Nyström was also selected for STOCK-Motion filmfestival 2019

6. DU VÄLJER/YOU CHOOSE A short reflection about choices in life. Alma made this film on her summer vacation at a film camp called Home Film Festival 2019. The task was to make a short personal story. “You Choose” was awarded with the honourable prize “Filmörnen/the FilmEagle” 2019 in region Värmland and was also chosen to compete at Novemberfestivalen where all regions in Sweden compete.

7.Kontroll/Under Control  About new beginnings and a past that refuses to let go. The lead actress Amanda Krüger got the award of honour as best actress, at Pixel 2019.

9. Att ta Hand om en Kille/To Fix a Guy A surrealistic feminist comedy about girls being sick of boys not taking emotional responsibility. “To Fix a Guy” won three awards at FRAME 2019, Best short/Bästa Kortfilm, the Audience Award/Publikpriset and the FilmBridge Award/filmbryggans pris. The film is also selected for Novemberfestivalen 2019

10.TOM One morning Tom wakes up and everyone has disappeared! This film is a methaphor about loneliness and not beeing heard. The Film TOM won the short film competition “A Better Tomorrow” at BUFF 2019 a cooperation with BUFF, LadyBugFestival and Sveriges Unga Akademi

11. SWÊDÎ A woman is in the store to shop some things, when she notices an employee is following her. A short about prejudice and about the feeling of someone’s accusatory gaze. SWÊDÎ is distributed by FilmCentrum Sweden

12.VIKARIE/SUBSTITUTE Alice works as a substitute at preschools. One morning she’s called to a new preschool where she, as usual, is put to work without a proper introduction. Awarded SILVER and “best Cast-award” at the Sveriges Kortfilmfestival 2019 The film also won Örebro Short Film Award that took the film to Novemberfestivalen 2019

13.DEN GODA VILJAN/ THE GOOD WILL How things can turn out when choosing the road of dishonesty. Christel Elsayha works as a film editor and a script writer and this is her first film where she also is acting in the lead role. “The Good Will” was awarded with a BRONZE medal at UNICA 2019

15. JUST FOLLOW the FROG What man NOT should do to save the world and the rainforests.

16. DOGMA In a humble home someone has broken a very valuable object, and the father Juan implements all the methods of punishments necessary to find the culprit . DOGMA is based on a traumatic story of the director that happened in his childhood.

17. BIG AND STRONG Life from the perspective of a tree. This short is made by the siblings “Team LiaMaya” Maya and Liam Åkeson Rayner have made many awarded films together since they started making film and animations in 2012.

18. SLUM TOURISM The concept of slum tourism, guided tours in slum areas, is a disputed fenomena. In Kampala, Uganda, we meet an organisation that arrange slum tours for the benefit of the local community. We also meet Alice, a woman visited by the tour.
What does the community think about these tours ? How does it affect the areas in which they are held, and what impact does it have of the tourists visiting? This documentary was made when Vendela, Elin & Tom attended Röda Korsets Folkhögskola Red Cross documentary film education in Stockholm

19. HABIT Everyone has their own habits. A man in his retirement age is still dedicated to his favorite activity.

19. VÄGGEN/The WALL When heaven turns into concrete. How it feels to get a wall just ten meters from the window! A political short from a personal view.

21. START the INVASION WITHOUT ME! An alien crash-lands on Earth and finds herself in the wrong buddy movie. The film that asks the question every extra-terrestrial invader should ask: “Who packed this parachute?!”
Eve Edelson is a writer, filmmaker and musician based in Oakland, California. She is also the author of the play “Scamoramaland,” about people who write back to email scammers just to waste their time, produced by Performers Under Stress in San Francisco.
read more at The Fem.Cine.Anarchy

22. COFFEE OR TEA? When 70-year-old Alice dies, she ends up in a limbo between life and after-life where she gets a chance to come back to life.

LadyBug Festival Award 2017  was announced handed over to the awarded film and film maker at the SverigesKortfilmfestival 2018 Saturday 24 March at 18.30. The LadyBugFestival award is € 500  and was given to director Begonia Randhav for her important and thoughtful film the Way Home. 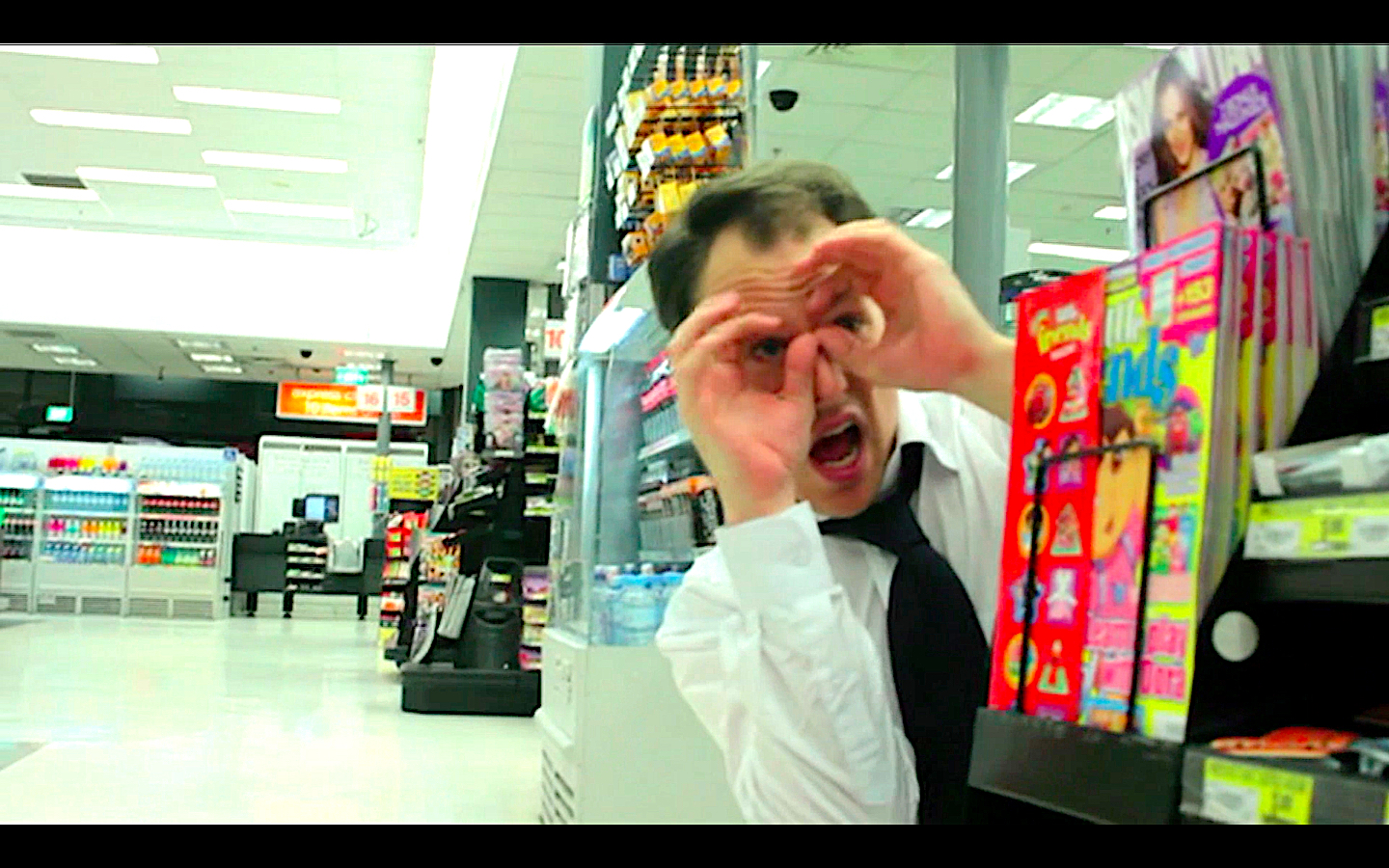 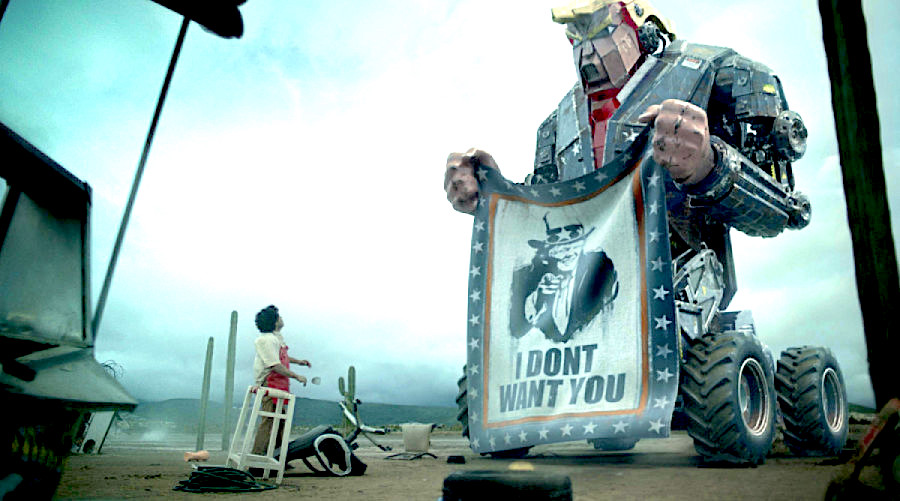 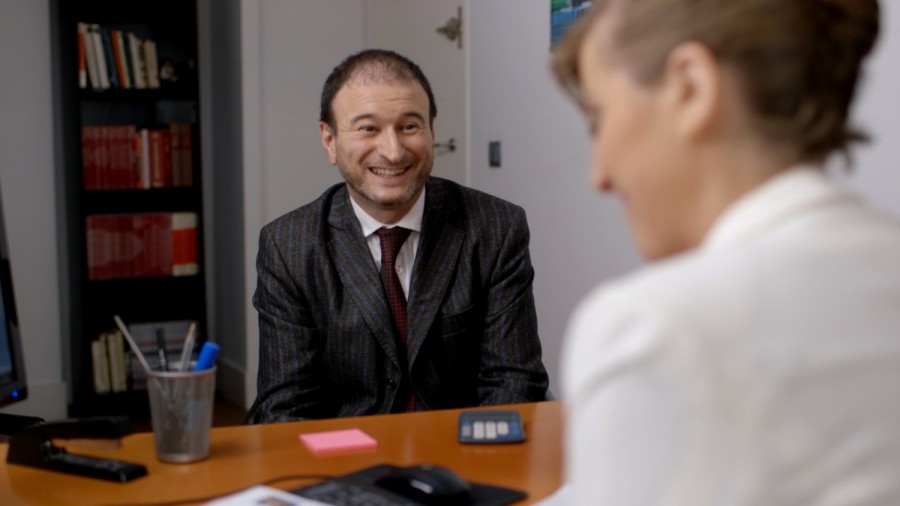 15.00-17.00 och 21.00-23.00
LadyBugShortFilmMarathon World Wide & Cross Culture is a valued part of the annual program with a wide range of serious, inspiring and thoughtful films. This year we are proud to present 30 shorts, 1-12 minutes Drama, Satir, Animation, Dance & Comedy-films from Sweden, Spain, US, Russia, Mexico, Australia and more. All films have english subtitle 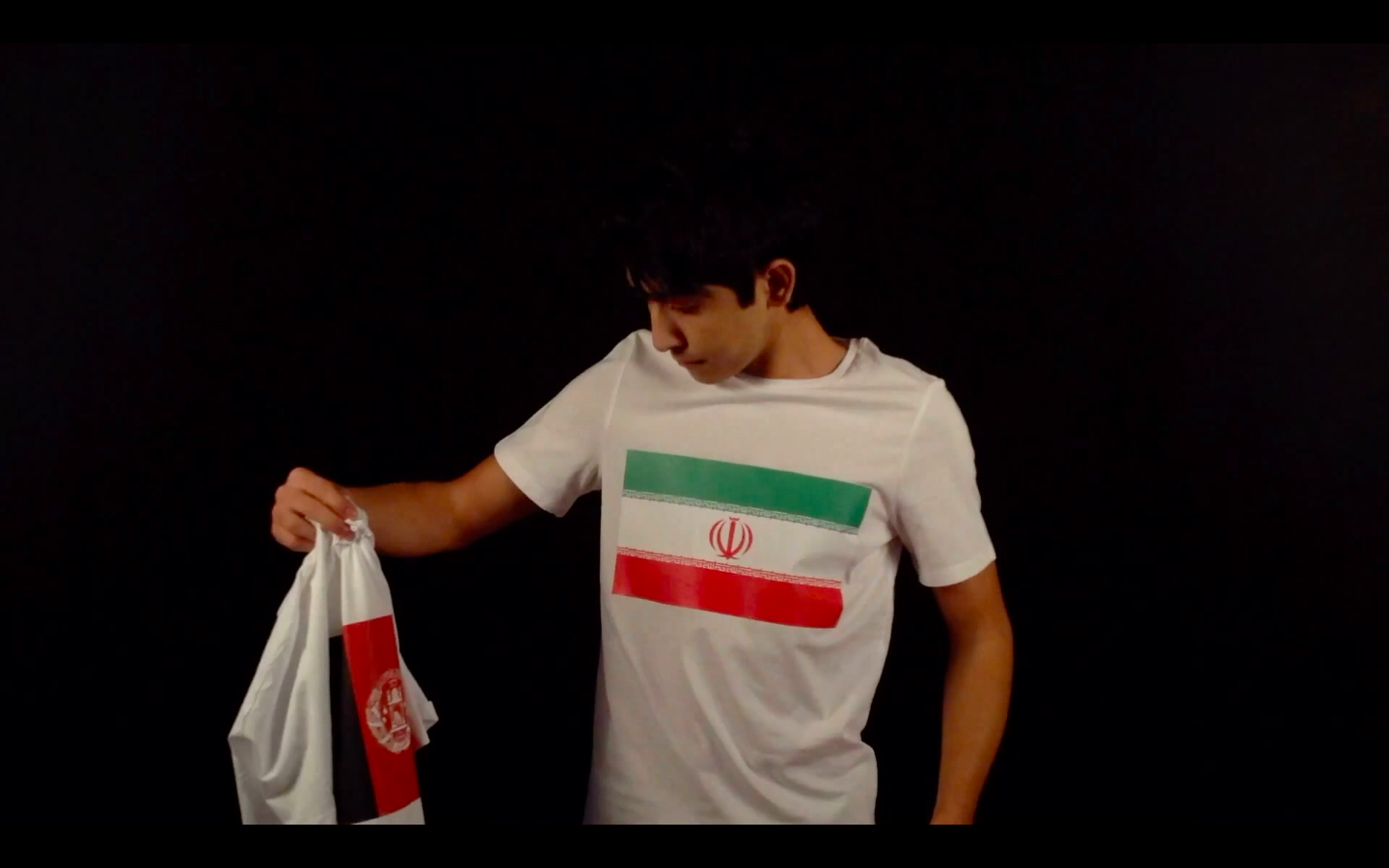 The 21st of December is the shortest day of the year. It’s also the day when we’re shuffling in short films of all different kinds, for adults and children. Both at the cinemas, bars, and on the net. The short film day is an initiative from the Swedish Film Institute. This year, there are short films in 27 locations across the country, as well as online and on TV. 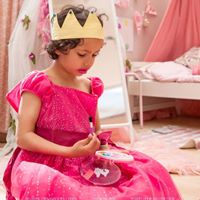 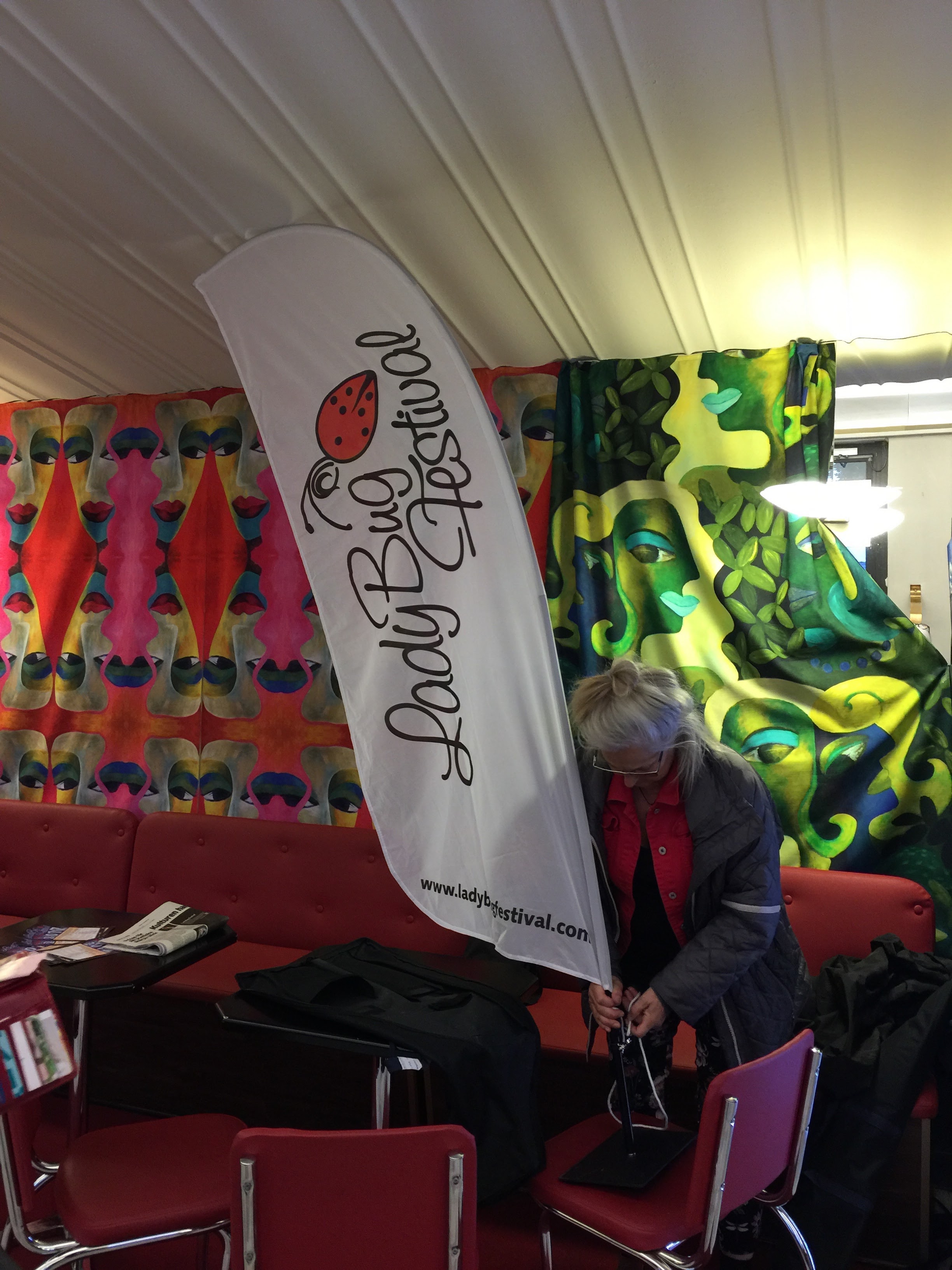 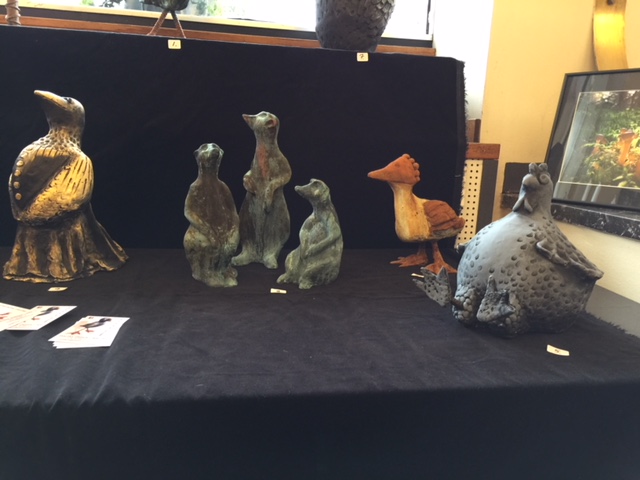 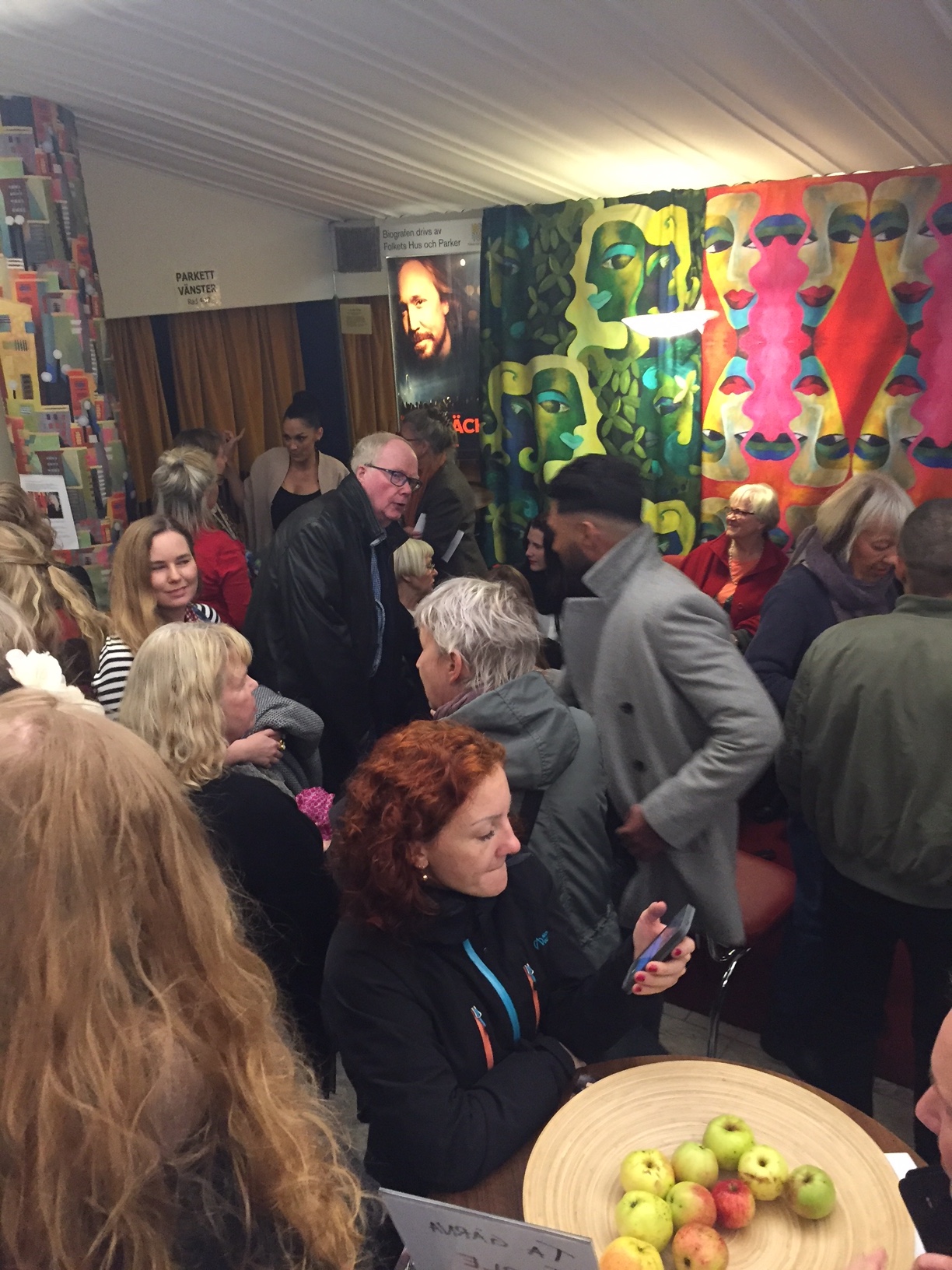 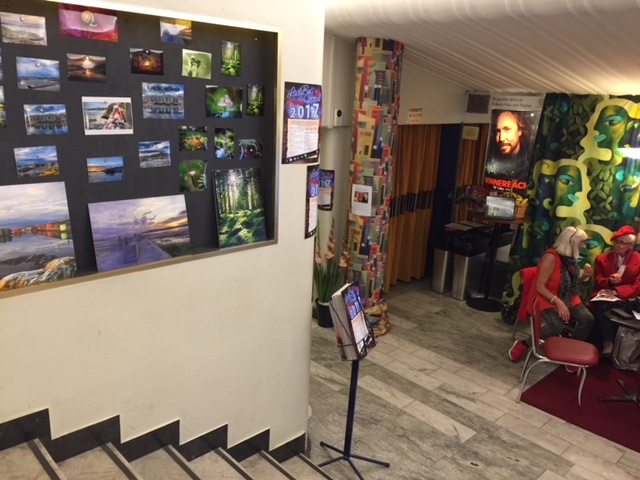 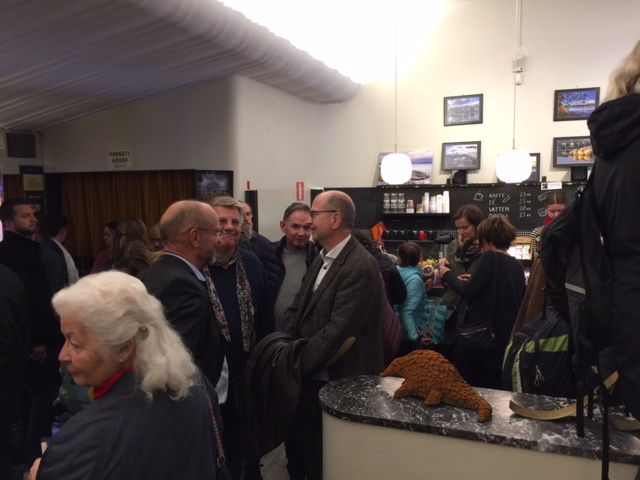 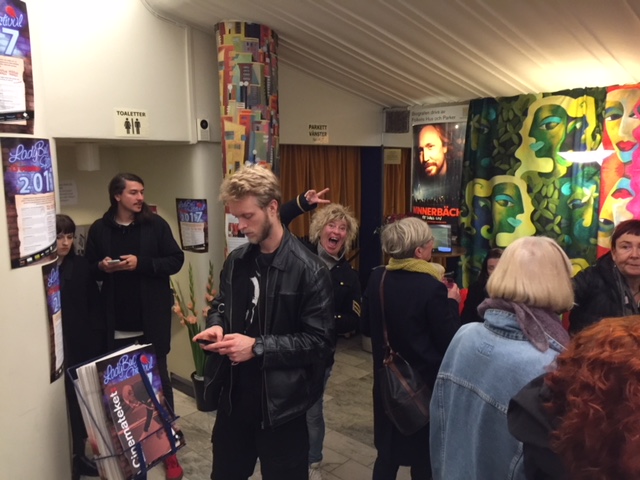 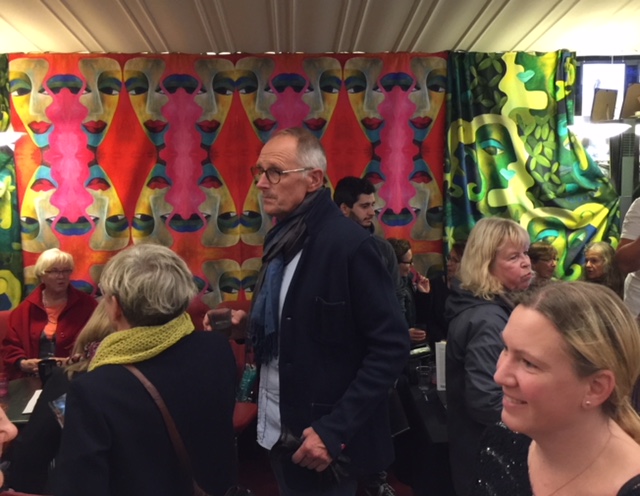 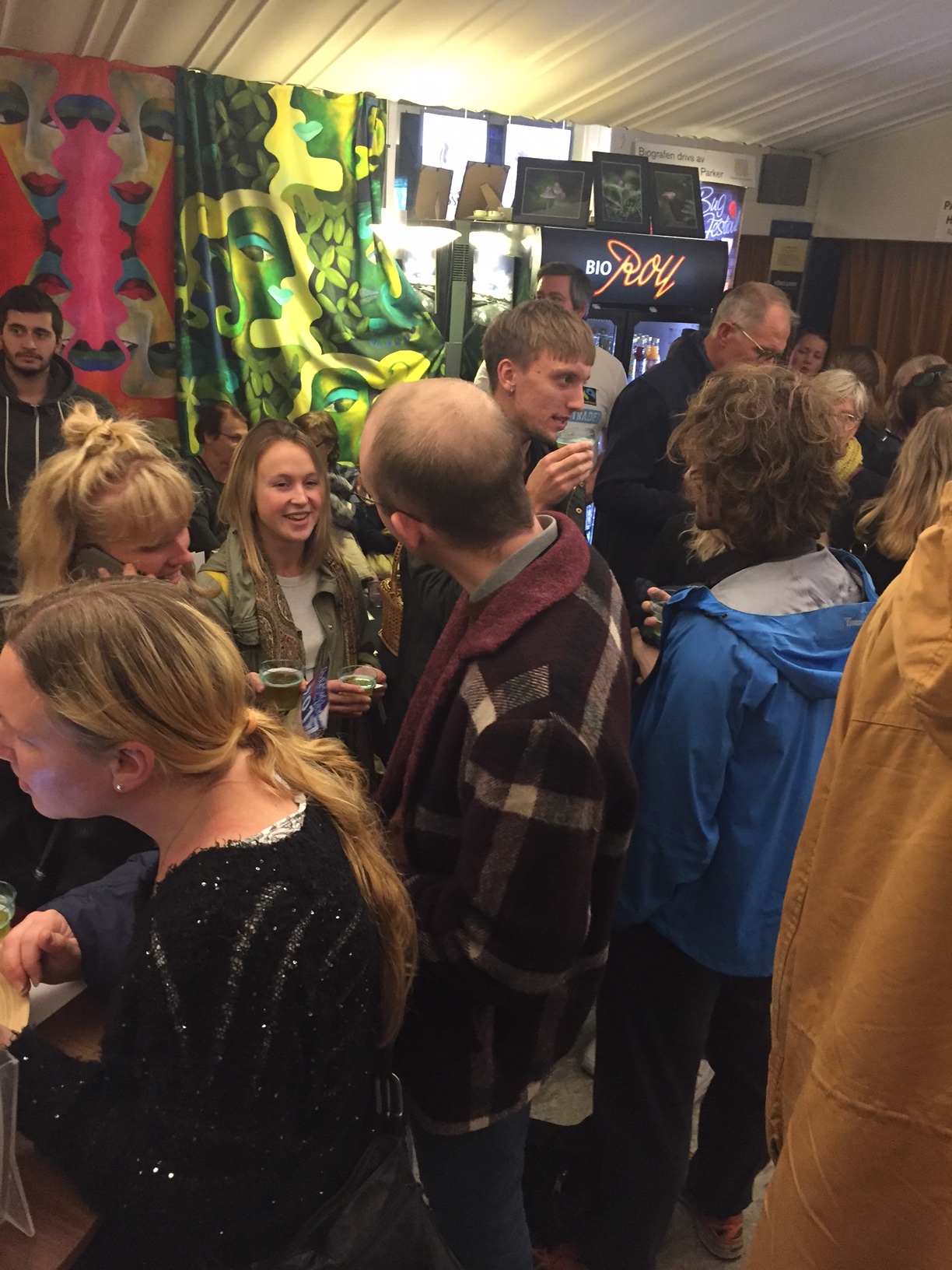 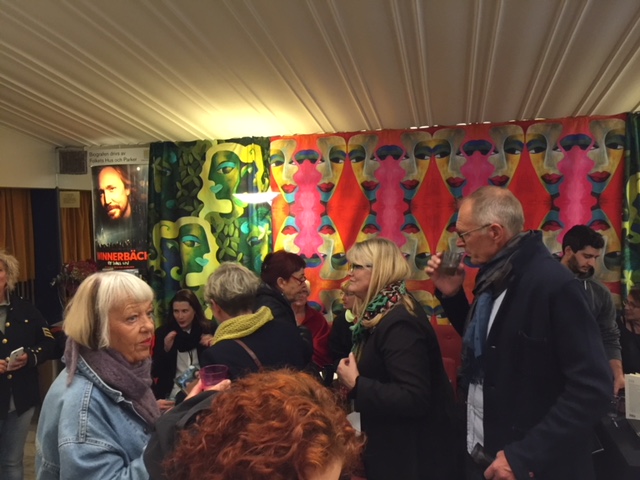 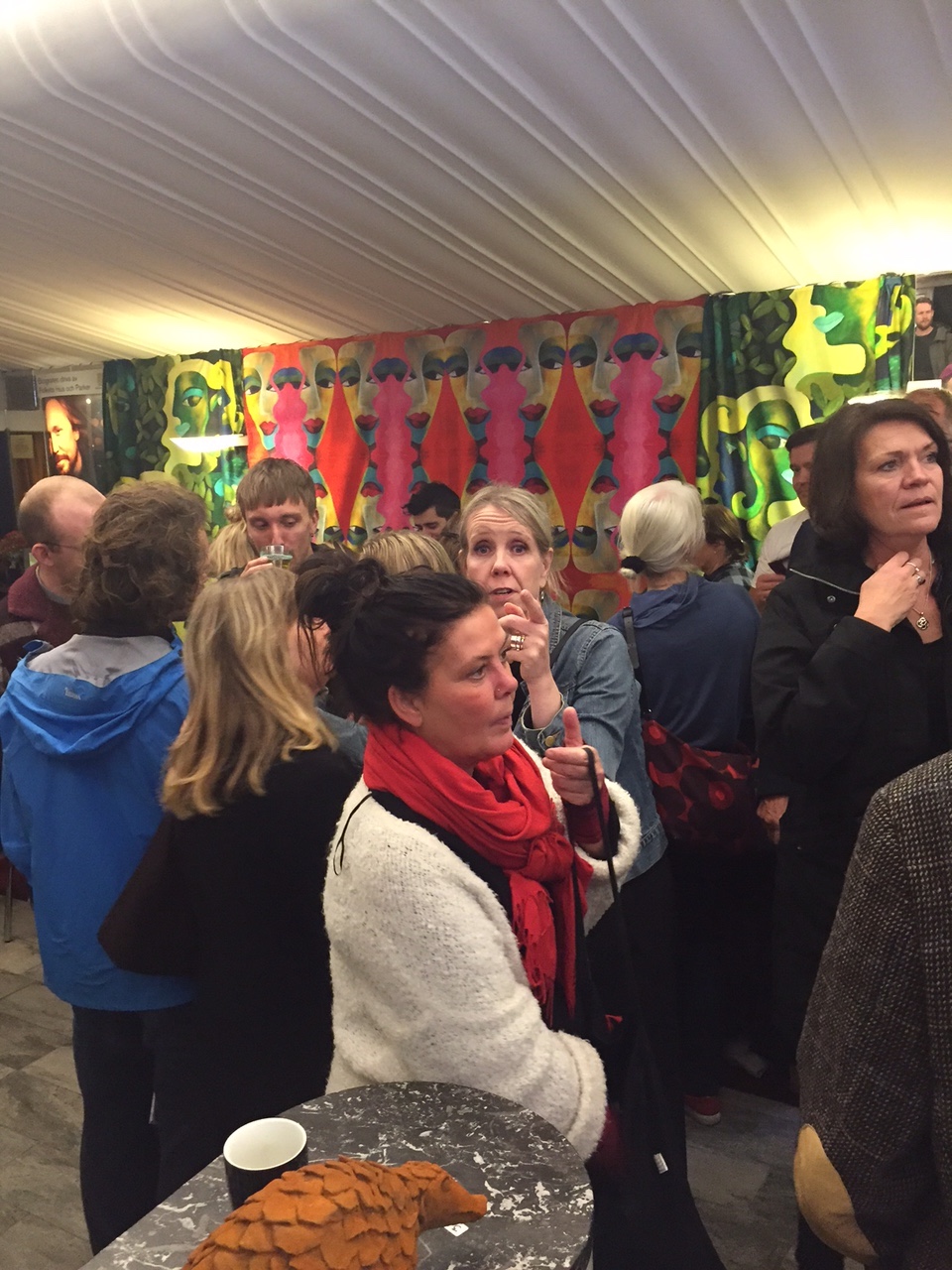 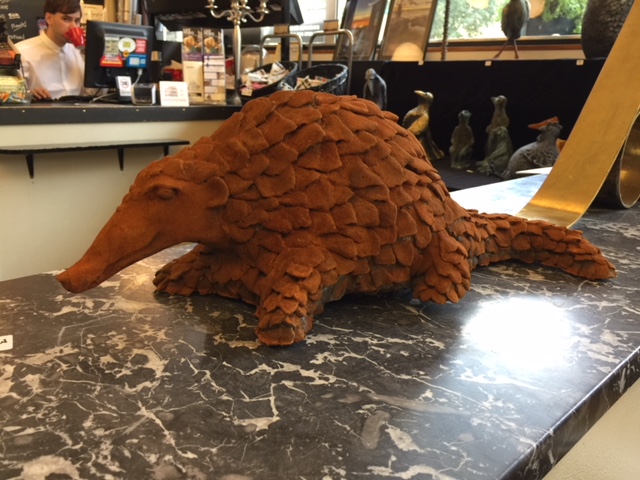 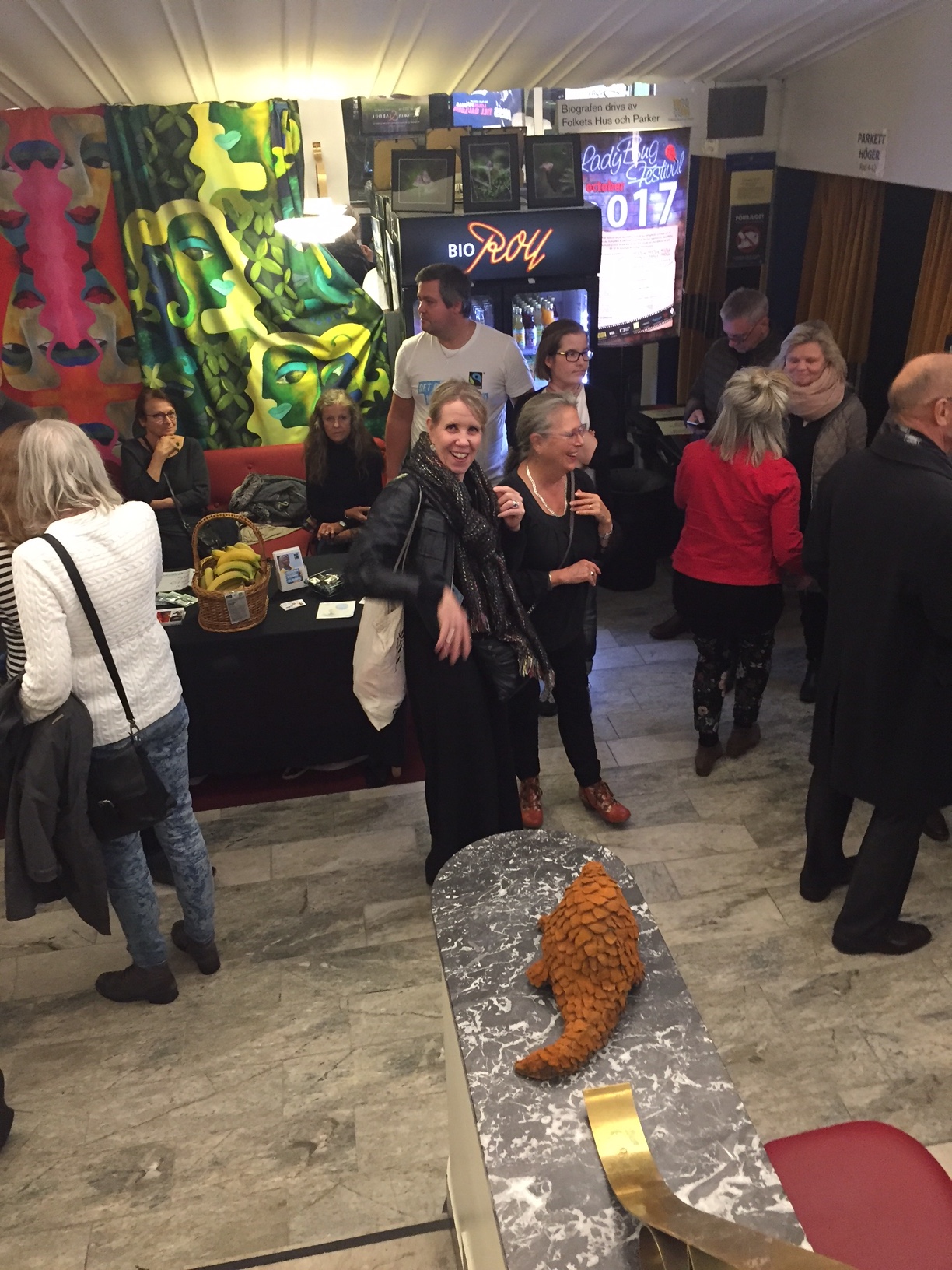 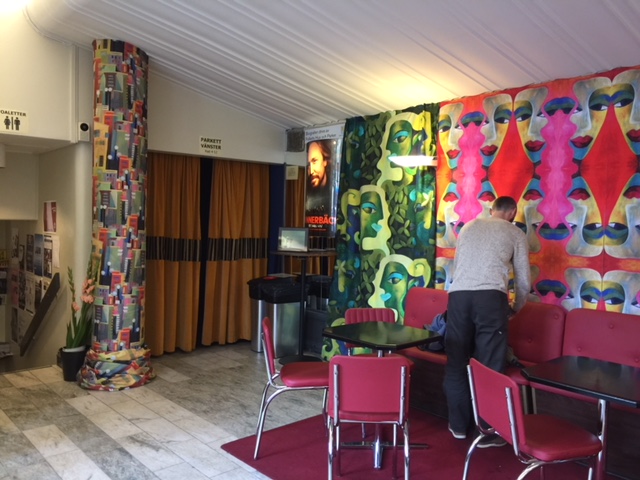 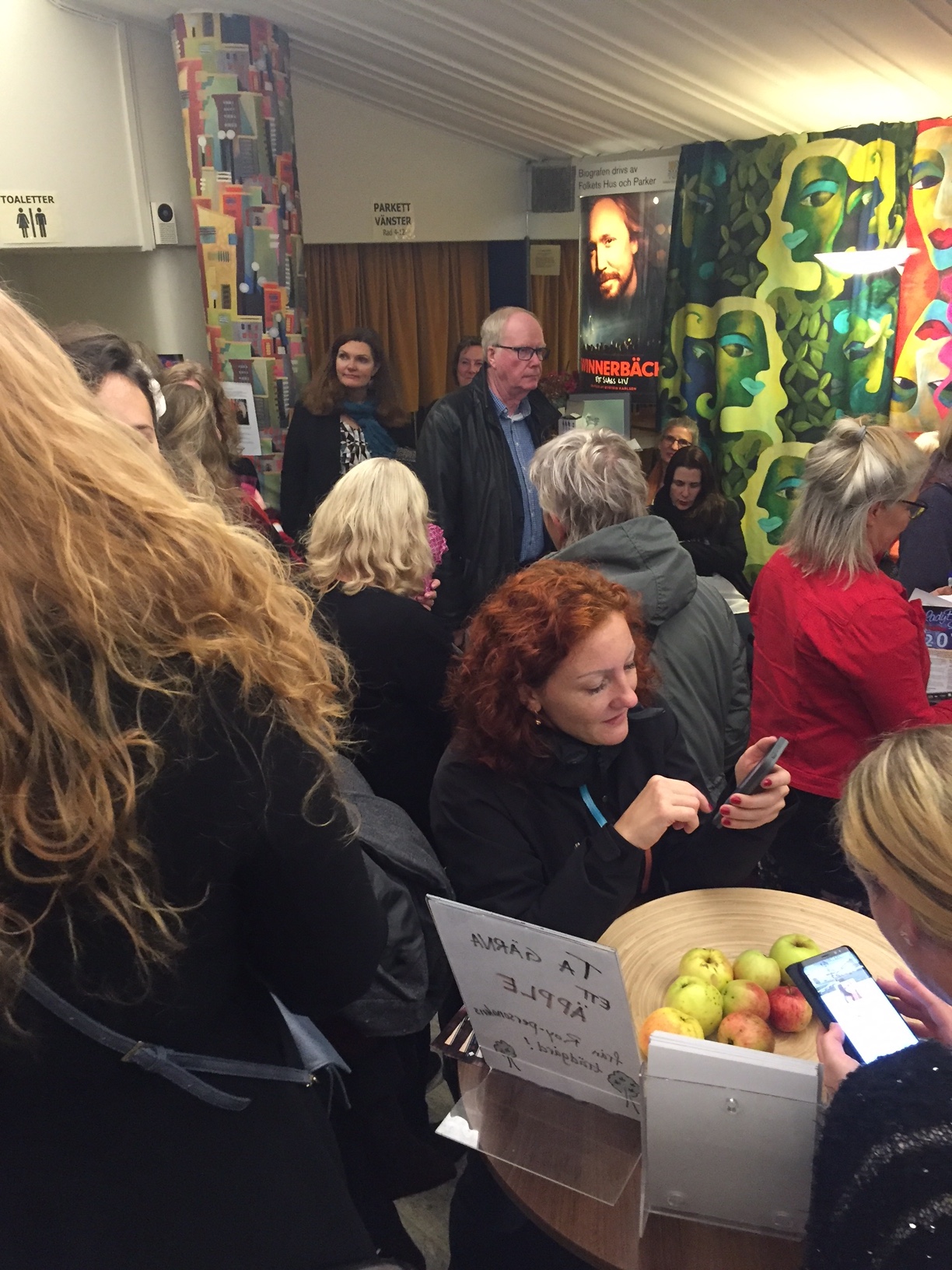 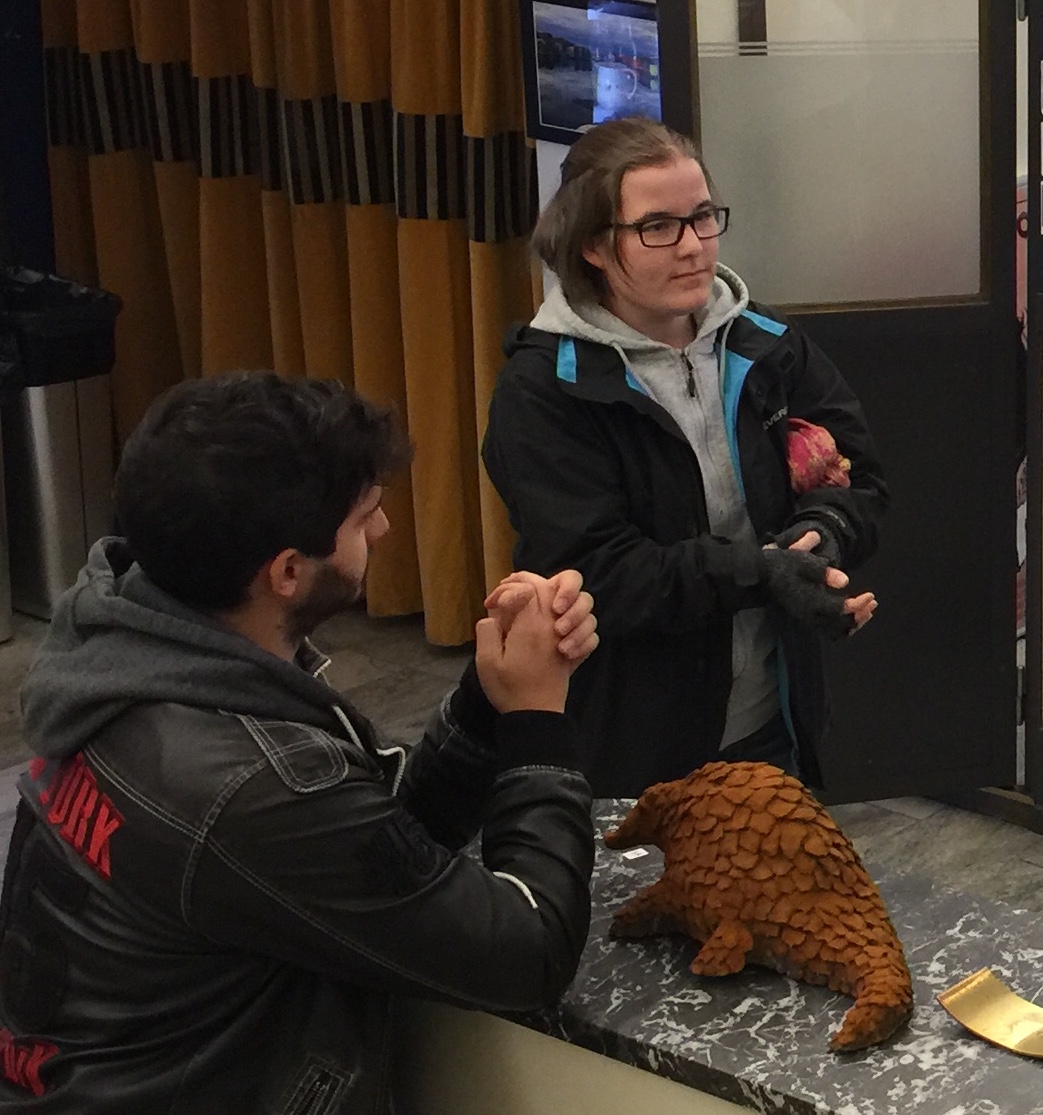 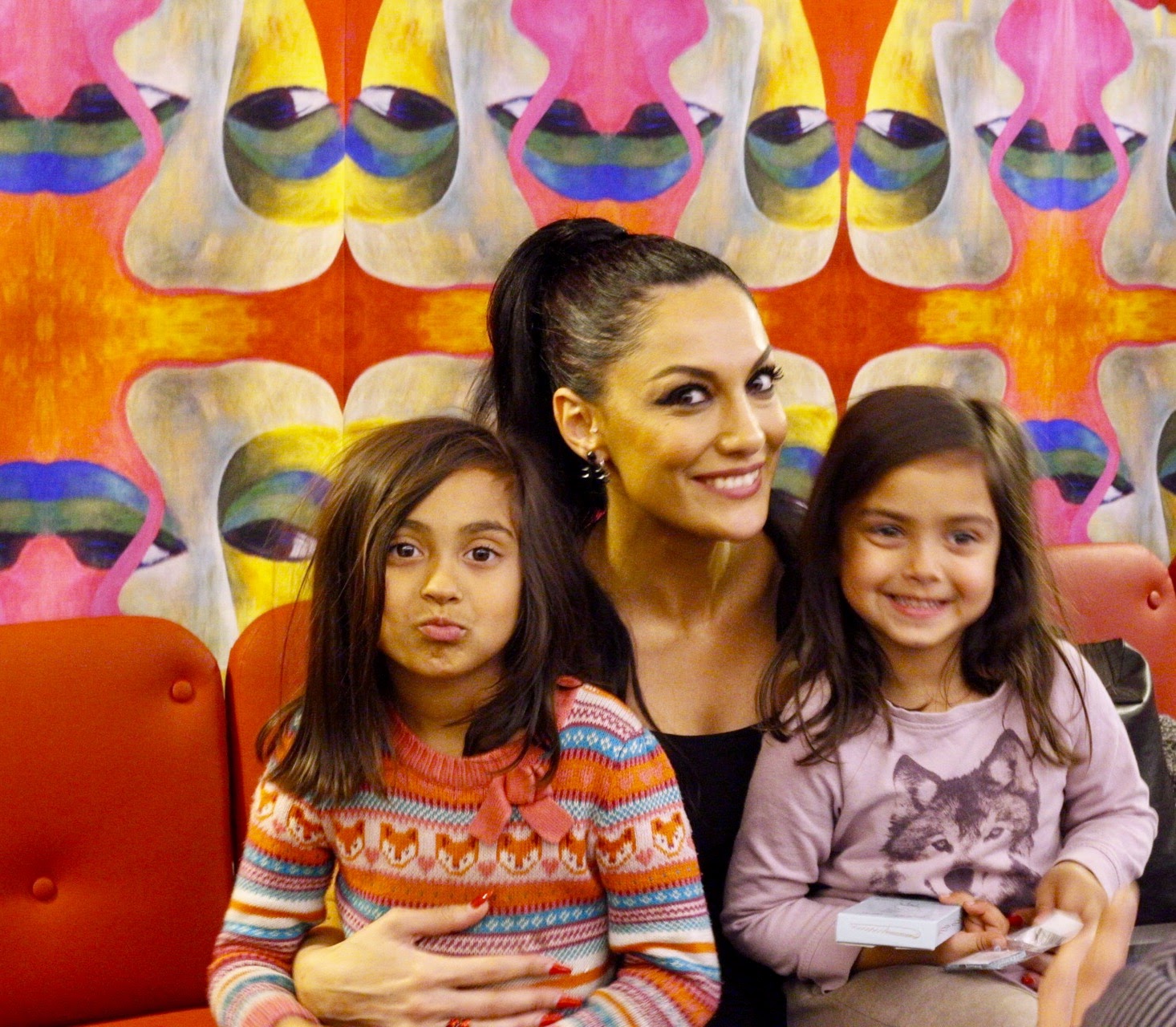 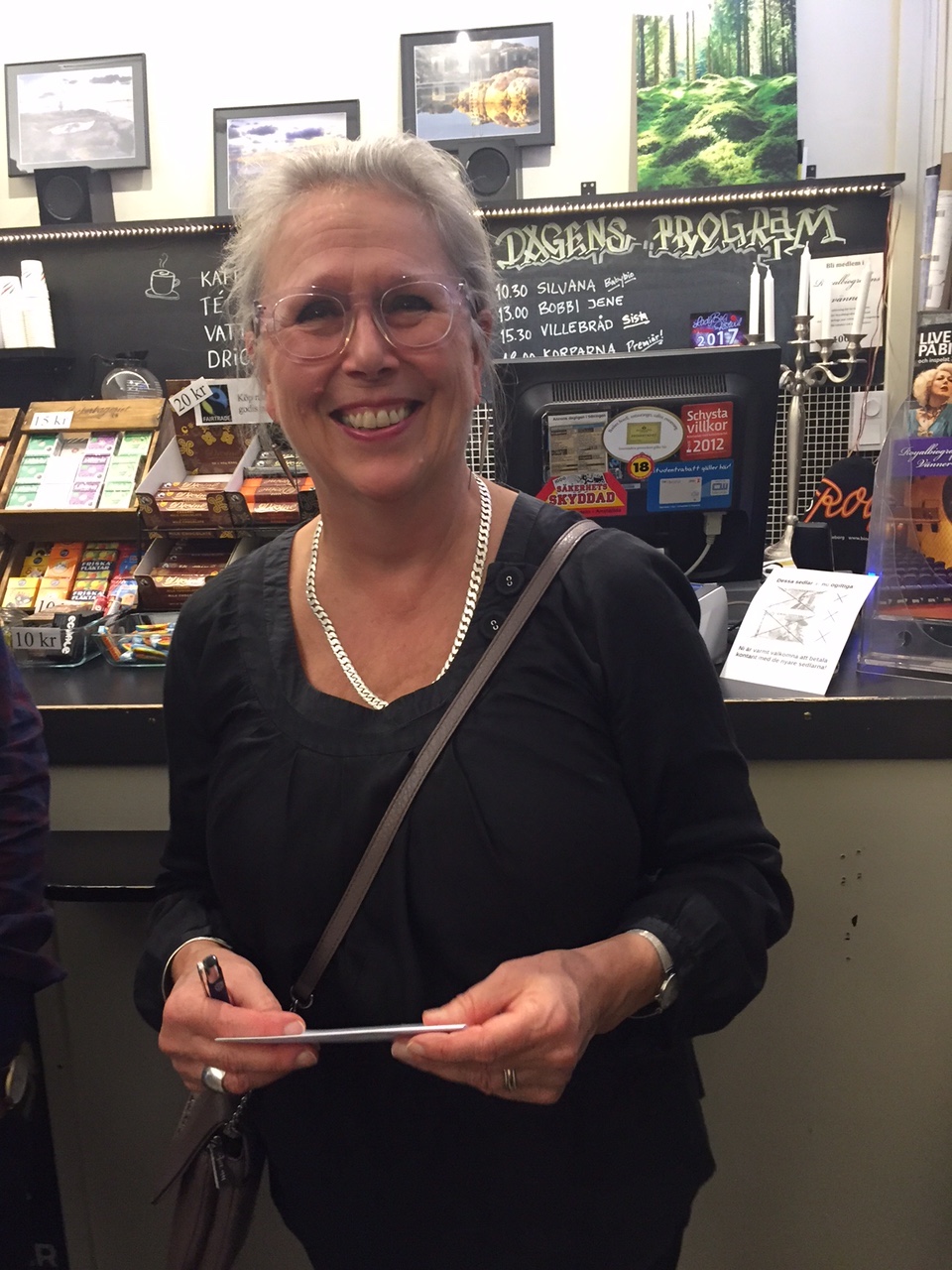 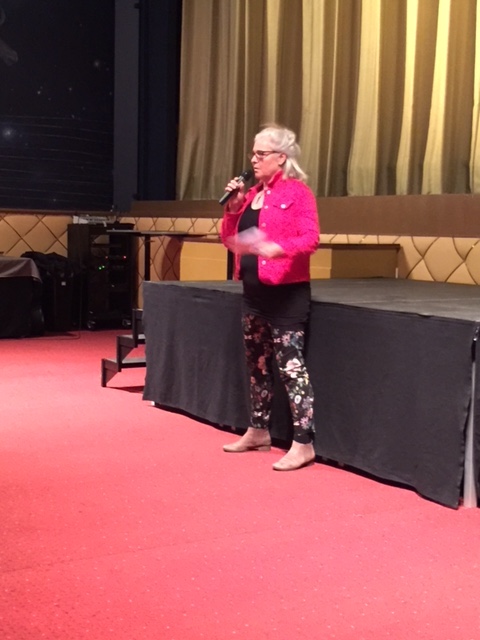 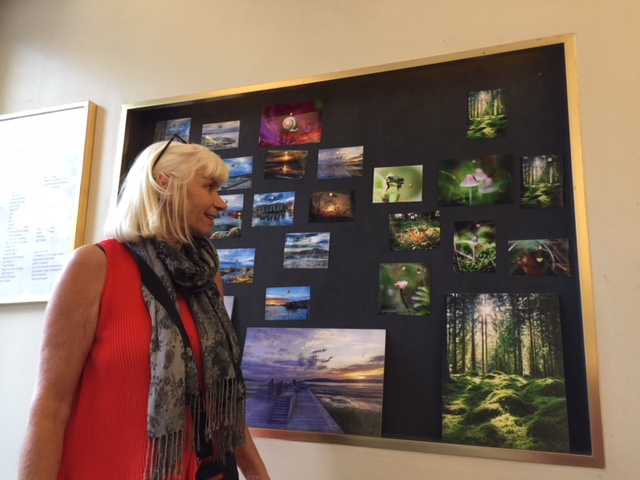 A big thank you to all who contributed to the LadyBug Festival 2017 being so amazing. Thanks to the artists Evalena Jönsson Lunde (concrete sculptures), Cecilia Bertling (textile art), Eva Larsson (photo art), Arghavan (song / UN Women), Annelie Abrahamsson (Stand-Up), Ellen Johansson (short film The Trophy Wall).
Thanks to everyone at Bio Roy, Cornelia Bjurström, David Winsnes, Magnus, Karin and others.
And of course a big thank you to the “Kulturnatta” and all the great audience who came and made LadyBug the best meeting place with Foajémingel, Colorful Art, Green Drinks, Song, Stand-Up and a highly appreciated LadyBugShortFilmMarathon 2017.
Thank you also to you who sponsor and believe in LadyBug; Wift Sweden & Helen Grankvist ABF Göteborg & Lars Wiberg and LD Sweden & Pelle Larsson Thank you all of you